The Love for Baby Yoda

The Mandalorian was released on Disney+ with exceptional reviews, appeasing even the most picky of Star Wars fans. Though the title character isn’t the true star of the show anymore, though he was at some point.

No, the character who stole the internet’s heart is the bug eyed and floppy eared Baby Yoda.

Keep in mind that despite his name, Baby Yoda isn’t actually a Baby Yoda. Baby Yoda, referred to as The Child in the show, is part of Yoda’s species, which has no official name, thus Baby Yoda.

The Child is still shrouded in mystery, but even if we knew much about him, I wouldn’t spoil it. If you get a chance, try checking out The Mandolarian for yourself, if not for Star Wars, do it for the baby. Baby Yoda was a well kept secret, even Disney was unprepared for the amount of love The Child got, leaving them scrambling to get out some merchandise before the holidays to roll around.

Since his debut, Baby Yoda has been slowly taking over the internet, specifically in memes. Some notable examples are: 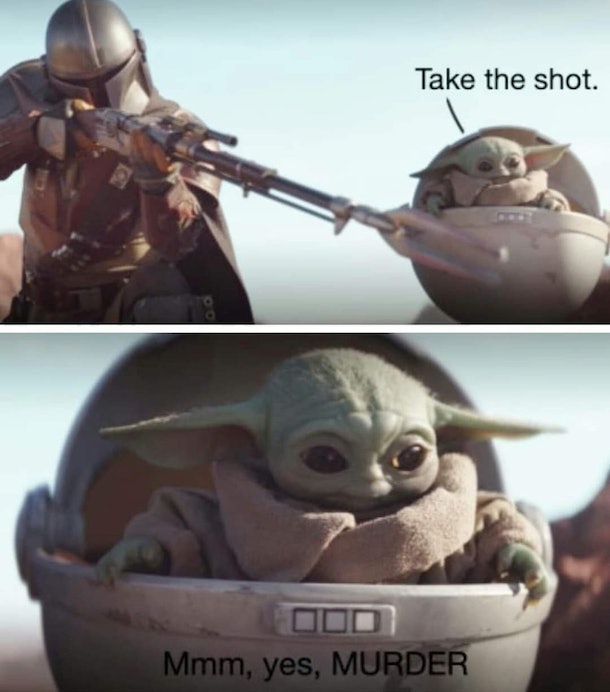 Really, what better meme to end the decade than a frog-eating baby. Can’t think of anything better.